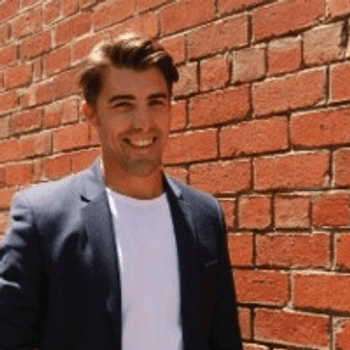 Do you have questions for James Sharp?

Log in to ask James Sharp questions publicly or anonymously.

NSW Premier - "We are at a crossroads"

More than a thousand pub-goers have been asked to self-isolate and get tested for COVID-19 after another four people who attended the Crossroads Hotel in Casula tested positive for the virus on Sunday, bringing the total to nine.

A gym a kilometre from the pub has also been closed after a member who worked at the Crossroads tested positive.

NSW Premier Gladys Berejiklian said the community transmissions had put the state on "high alert" and "literally at a crossroads" in its fight against the pandemic. She said the next few weeks would be "absolutely critical" in preventing the COVID-19 cluster spreading beyond the south-west Sydney hot spot.

Liked by Florence Chan and 1 other

The Queensland government has banned all Victorians from entering the state, scrapping the 14-day quarantine policy it had only introduced a few weeks ago.

In a bid to stop the spread of the coronavirus, the Palaszczuk government will also make returning Queenslanders from Victoria be quarantined at their own cost for two weeks.

Chief Health Officer Jeanette Young said the policy had changed due to the worsening COVID-19 outbreak.

She said despite the changes she expected more coronavirus cases in Queensland, despite another day of no new cases being recorded overnight.

Queensland has only two active cases of coronavirus with a total of 1068 confirmed cases.

Health Minister Steven Miles said all Victorians would be turned around at the border unless they had special circumstances, such as visiting a dying relative, which had been approved by the Chief Health Officer.

New restrictions for NSW could be announced as early as today as Premier Gladys Berejiklian warned there was an "extremely high" probability the resurgence of COVID-19 in Victoria would spread to NSW.

The warning came as the number of active COVID-19 cases in Victoria hit 860 – its highest point since the pandemic began – and NSW Health authorities were left scrambling to find passengers who travelled to Sydney from Melbourne on Tuesday night and who left Sydney Airport without a health screening.

"That is the result of a phonehook-up between the Prime Minister and the Premier of New South Wales and myself," Mr Andrews said.

"We have – all of us – agreed that the best thing to do is to close the border.

"That closure will be enforced on the New South Wales side, so as not to be a drain on resources that are very much focused on fighting the virus right now across our State.

"I am grateful to the Premier of New South Wales for her support in giving affect to that."

England's hospitality sector sprung back to life after a three-month coronavirus hiatus on what the media dubbed as either "Super Saturday" or "Independence Day".

Pubs and restaurants were allowed to start seating clients and barbers could get their clippers out for the first time since March.

For the most part, people appeared to abide by the rules and rejoiced at the chance on Saturday to raise a glass in the company of their friends. But in some places, large crowds raised concerns the deadliest outbreak in Europe may find fresh legs.

Dozens dead after floods and mudslides in southern Japan

At least 34 people have been confirmed or presumed dead after flooding in southern Japan.

Rescue workers, including more than 40,000 defence troops, have been trying to help survivors escape their homes in the country's Kumamoto region.

More than 200,000 people had been advised to leave their homes ahead of the flooding, but many chose to remain, worried about catching coronavirus at the region's 109 shelters, even though officials insisted they were safe.

Queensland's stage-three restrictions kick in at midday and many people want to know what they can do.

It's a week ahead of schedule and Premier Annastacia Palaszczuk has "taken her hat off" to Queenslanders for helping suppress the virus.

Details of the updated restrictions shown below and you can view the full QLD Roadmap here.

Is the dream of the open and global internet slowly dying?

With the news in the last 48 hours, that India has banned TikTok it looks like the internet and social media applications have become the latest battleground in the tensions between China and India.

This is not a new phenomenon, China has for a long time banned US based apps such as Facebook and WhatsApp, which allowed Chinese app makers to flourish in a controlled environment.

The difference here is that TikTok is the first Chinese app to have garnered a truly global audience and for the first time another Government has started to sanction app companies from China.

This is an interesting test case as Chinese app makers are running out of users in China and they saw India as their next big market.

You can read more detail here in this article from the AFR.

My question to the community is what does this mean for international business? How can businesses better prepare for potential disruptions to business as usual operations based on geo-political posturing?

@Marcus Vaughan @Simon Petie @Leon Israel what do you think?

Liked by Gary Vogel and 1 other

Beijing unveiled sweeping national security legislation for Hong Kong on Tuesday, symbolically asserting its authority over the city just an hour before the 23rd anniversary of its return to Chinese rule.

The law, which took effect from 1500 GMT on June 30, an hour before the handover anniversary, ushers in the most profound changes to Hong Kong’s way of life since it was handed back to China by Britain in 1997 and exacerbating concerns over freedoms in the financial hub.

Under the legislation, mainland security agencies will be based in Hong Kong officially for the first time, with powers that go beyond the city’s local laws, a move expected to unnerve some diplomats, business leaders and human rights groups.

Crimes of secession and sedition will be punishable by up to life in prison, according to the law, stoking concerns it heralds a more authoritarian era in a city which has been wracked by anti-government protests for the past year.

Damaging transport vehicles and equipment would be considered terrorism, according to the legislation, acts that defined some of the more violent anti-government protests.

Premier Daniel Andrews announced 10 postcodes in Melbourne would be locked down to prevent the virus from spreading, making them subject to a similar level of restrictions that were in place earlier this year.

The postcodes affected by the new restrictions are:

Read the full statement from the Premier.